Tensile played a role in the CBD and South East Light Rail project in Sydney, supplying and installing the Webnet anti-throw safety screens on a new pedestrian bridge on the network.

Webnet mesh is strong, flexible durable and low maintenance, making it the ideal material for safety screens and barriers on pedestrian bridges.

About the light rail project

The CBD and South East Light Rail runs from Circular Quay to Randwick and Kingsford, and forms part of Sydney’s larger light rail network. Major construction works on the project commenced in 2015 and commuter services began in December 2019.

The 12km dual track line follows some of the route of Sydney’s former tram network. It includes a tunnel section, 19 stops, and the bridge over the Eastern Distributor corridor.

The network was built to accommodate Sydney’s growing population and has the capacity to carry over 13,000 passengers every hour.

How the bridge was formed

Most of the construction work was done off-site, following the recent convention for footbridges being built over busy roads in Sydney. Working this way means that major roads don’t need to shut down for long periods while the building works are carried out. In this case, the bridge only needed to be transported to the site and then crane-lifted into position in sections.

As with other bridges we have worked on, we created the safety screen from Jakob’s Webnet mesh. In this instance however, the screen requirements changed depending on whether the bridge section ran over the road or the railway. This led to us using different aperture Webnet to comply with the relevant codes – 25mm for the rail and 50mm for the road sections.

In some of the bridges we have worked on in the past, the screens were installed on the sections off-site before they were lifted into position. With this bridge, the screens were put in place afterwards. We did this by mounting the Webnet to frames, which then just needed bolting into position once the bridge was in place. Using this method not only made installation quicker, but it also enabled us to do most of our work off-site.

Webnet is an ideal material for this kind of barrier, due to its combination of characteristics. This includes versatility and pliability, making it suitable for all kinds of geometries, low-maintenance robustness for longevity, and near-transparency.

This last feature gives the material a lightweight appearance that also allows for clear visibility and ensures it doesn’t interfere with architectural design.

The final result for this bridge is a low-maintenance, robust and safe screen with excellent visibility. It provides both fall protection and prevents objects being thrown over the edge, while looking pretty good at the same time!

We are very pleased with the result, and more than happy to have contributed to this major and important transport infrastructure project for the Sydney CBD and surrounding areas. 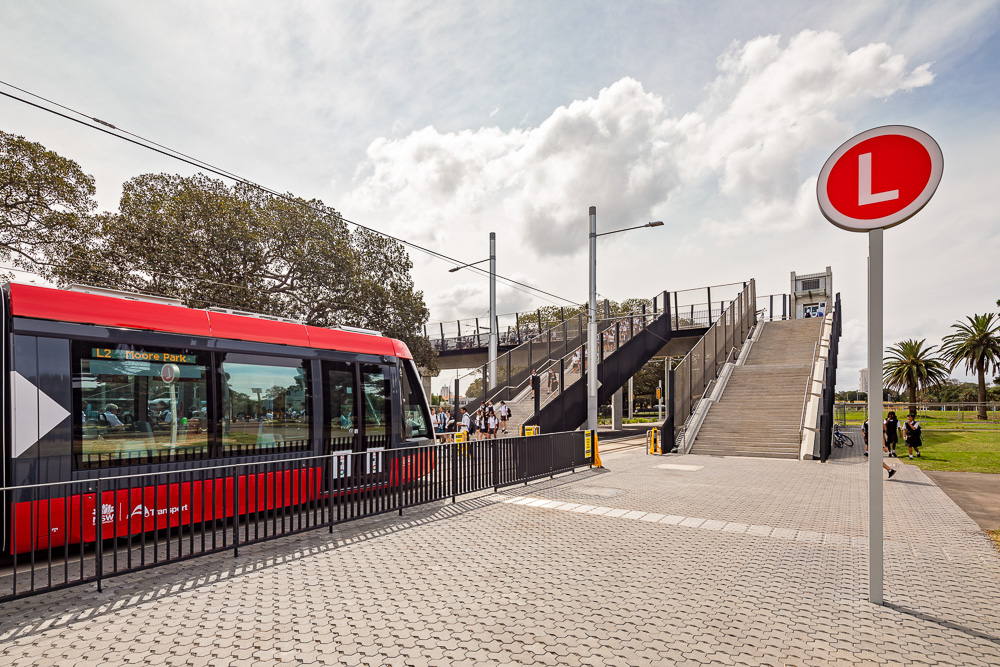 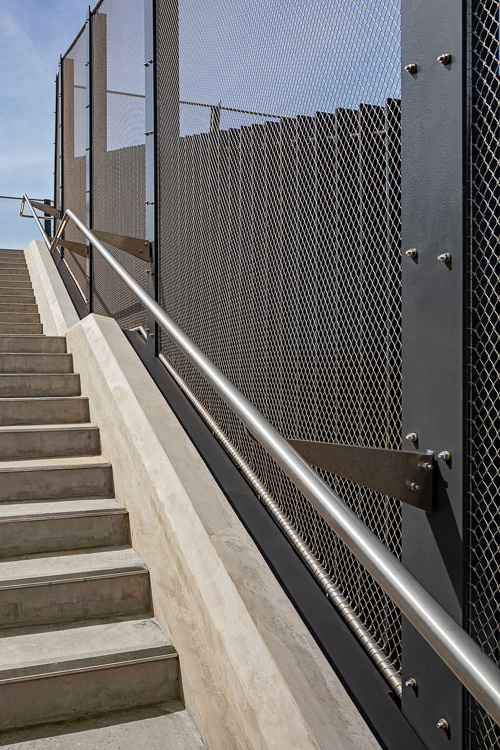 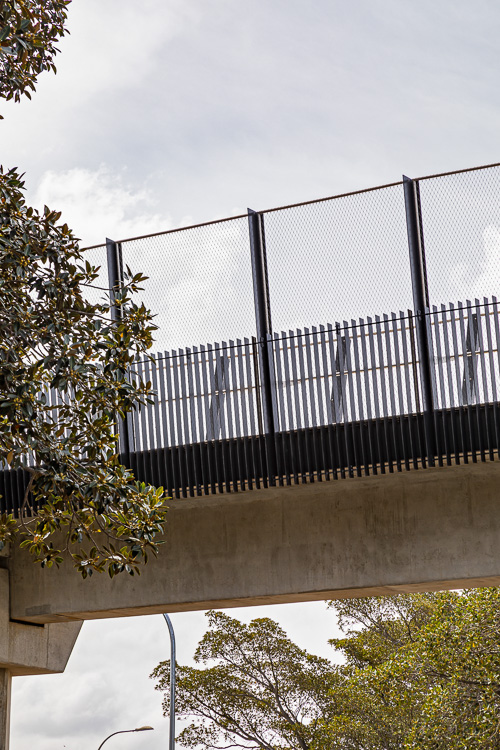 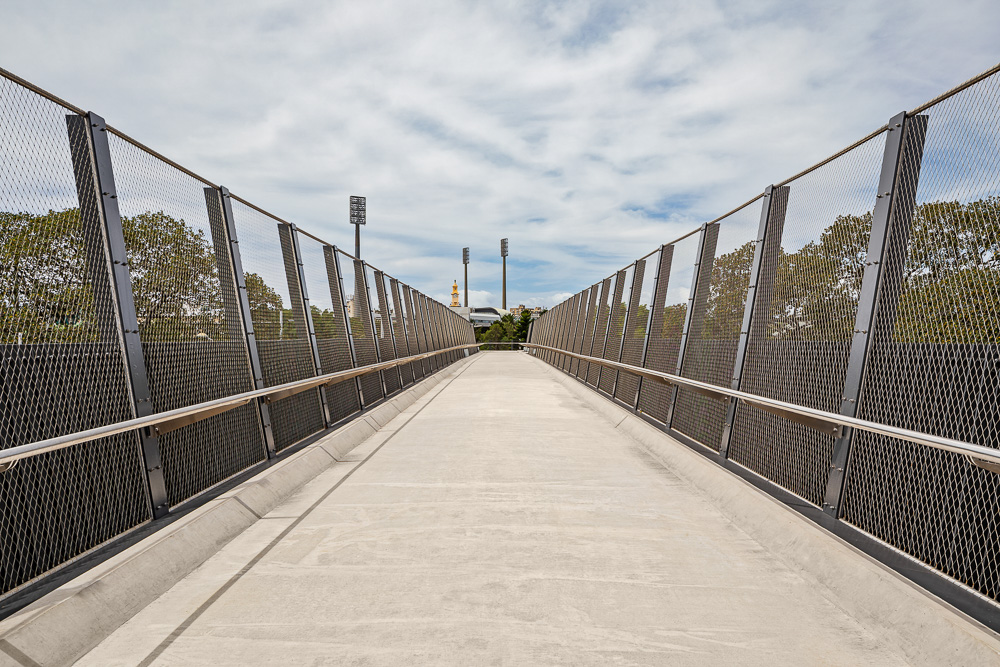 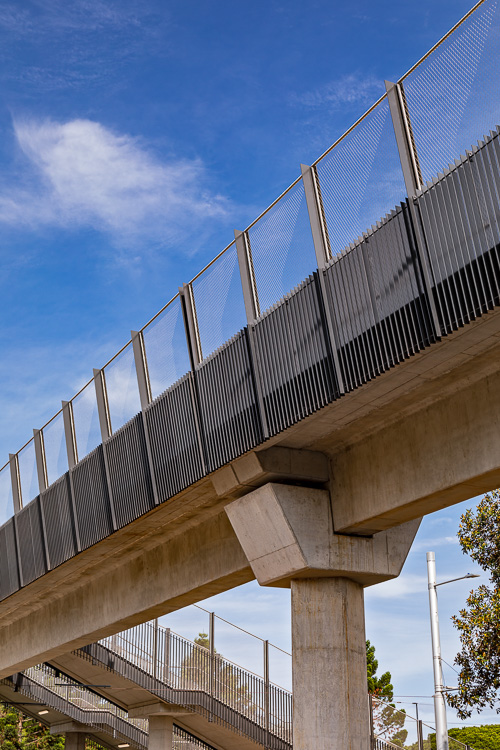 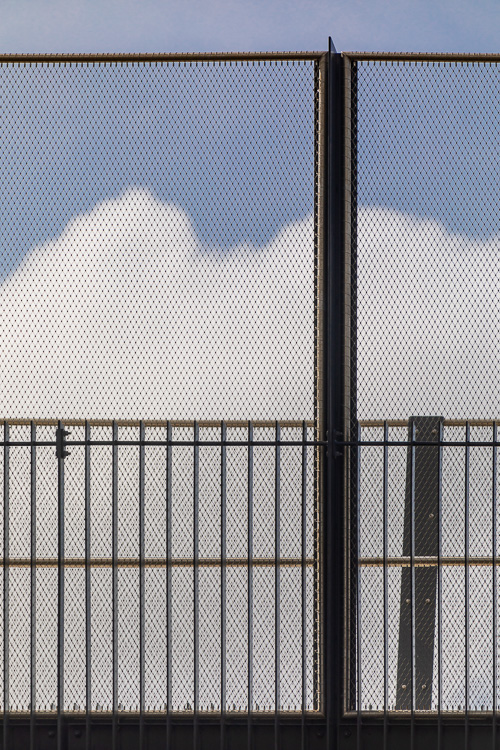 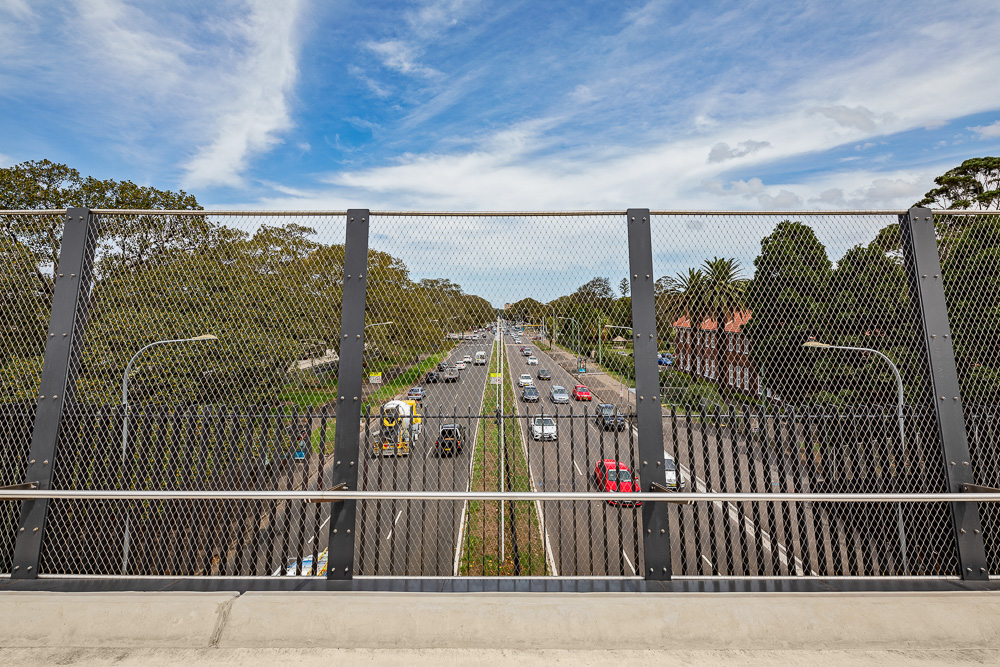 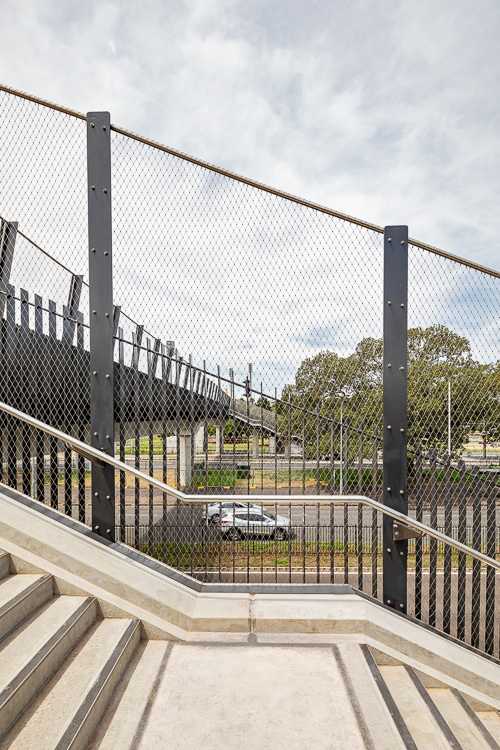 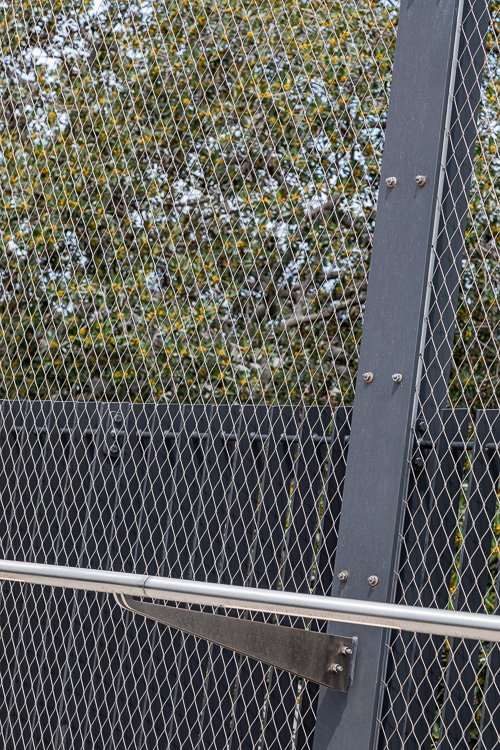 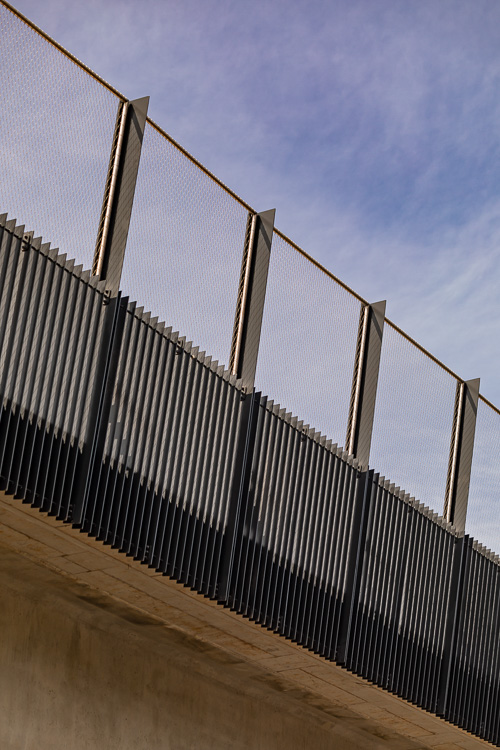 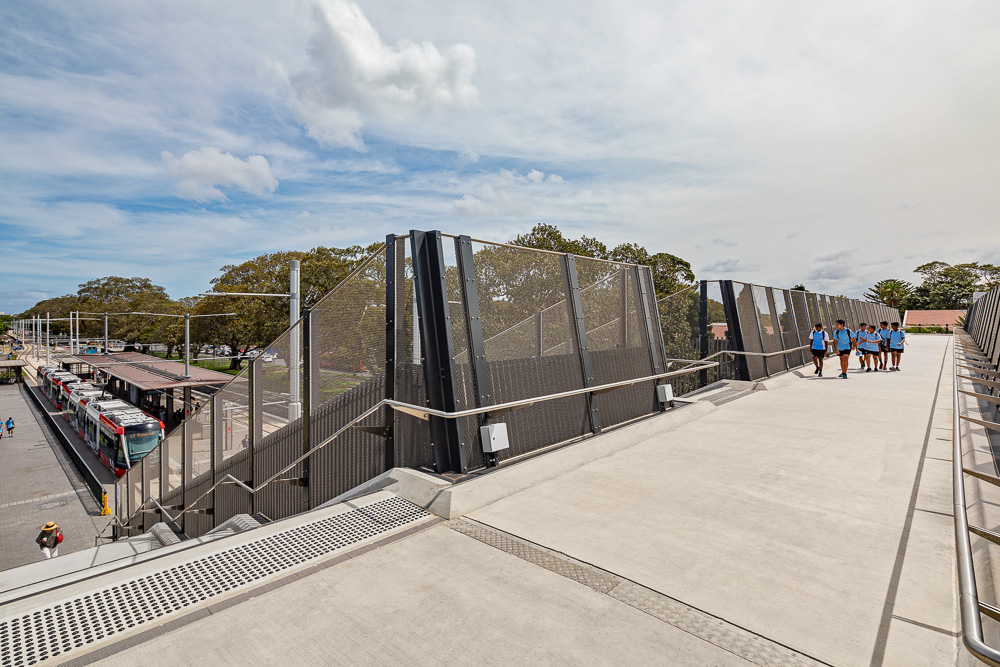 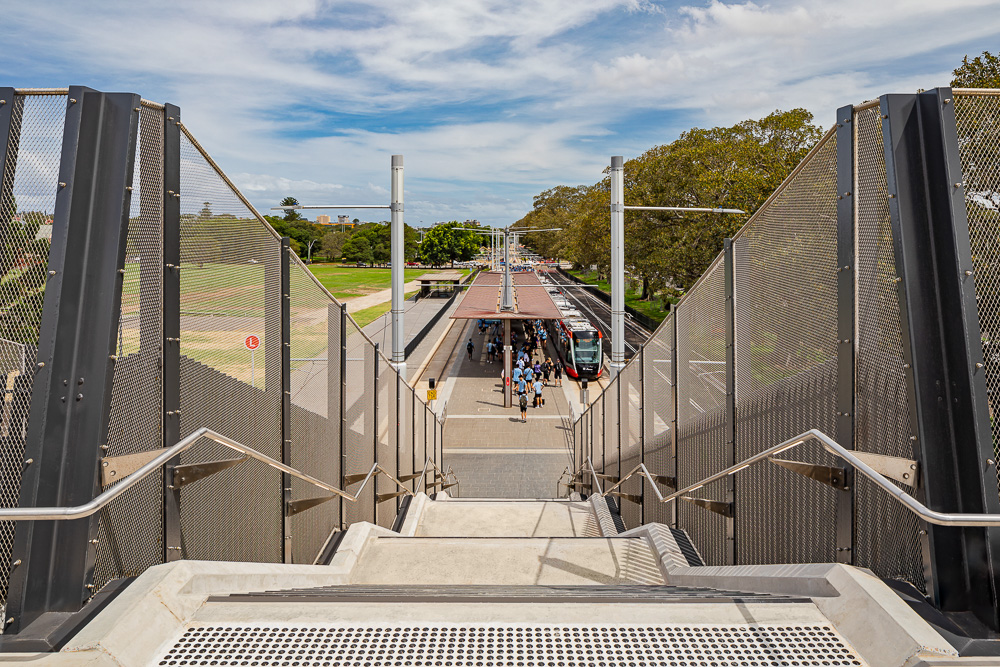 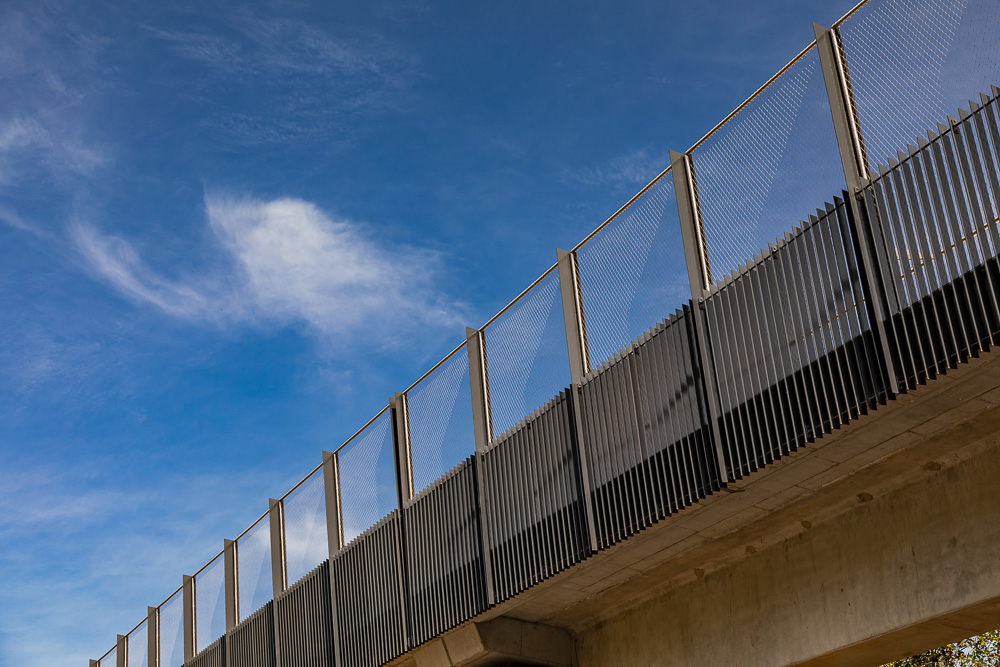 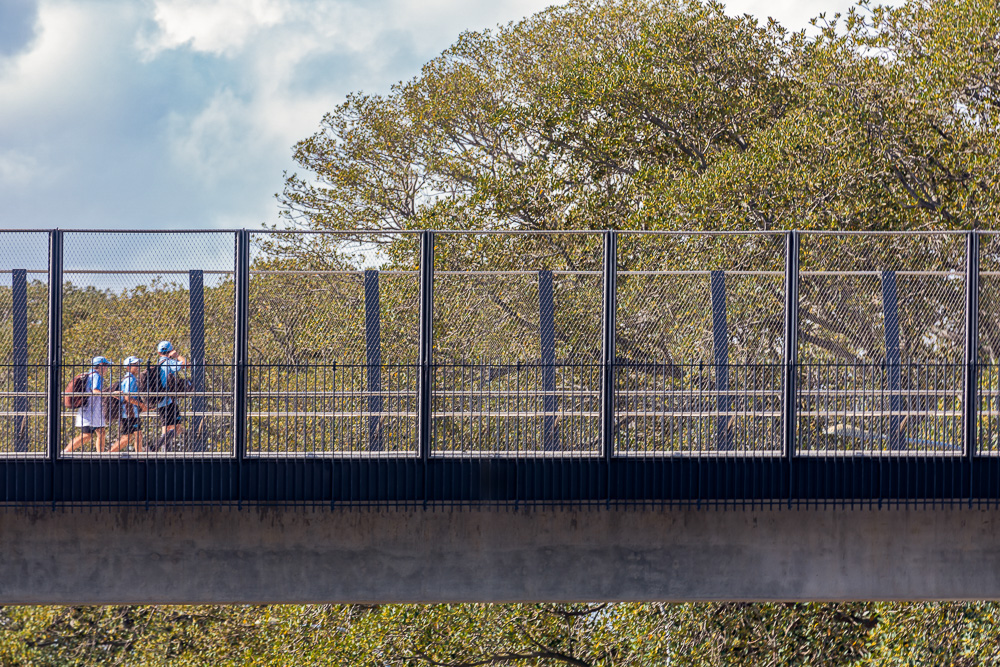