There is a great deal of preparation that goes on behind the scenes before a green facade can be installed and showcased to the public. This includes the impact it will have on the building structure through the weight of all the elements involved.

Here are some of the things you need to be aware of when it comes to green facade loads.

There are various types of loads to consider with green infrastructure projects, including:

In a very tall or complex structure determining these factors may need to involve modelling or wind tunnel studies – as at One Central Park in Sydney.

2. Load-bearing capacity of the building

This will be easier to determine where the green facade is planned for installation at the same time as construction of the building. For an existing building and a retrofit project, it will be essential to get a thorough site assessment.

In either case, the advice of a structural engineer will be crucial to ensure the success and longevity of the facade.

Stainless-steel support structures must be engineered and correctly tensioned for the weight of the plants and other elements.

For cables this is 8kg per square metre, while for webnet mesh it is 20kg per lineal metre. The weight of any planter boxes must be factored in as well.

It’s important to be aware of how different plant species affect the structure. For example, the Growing Green Guide lists weight loadings for tendrils (such as clematis) at 3-12kg per square metre, and for twiners or vines (e.g. honeysuckle and wisteria) at 10-26kg/m2. 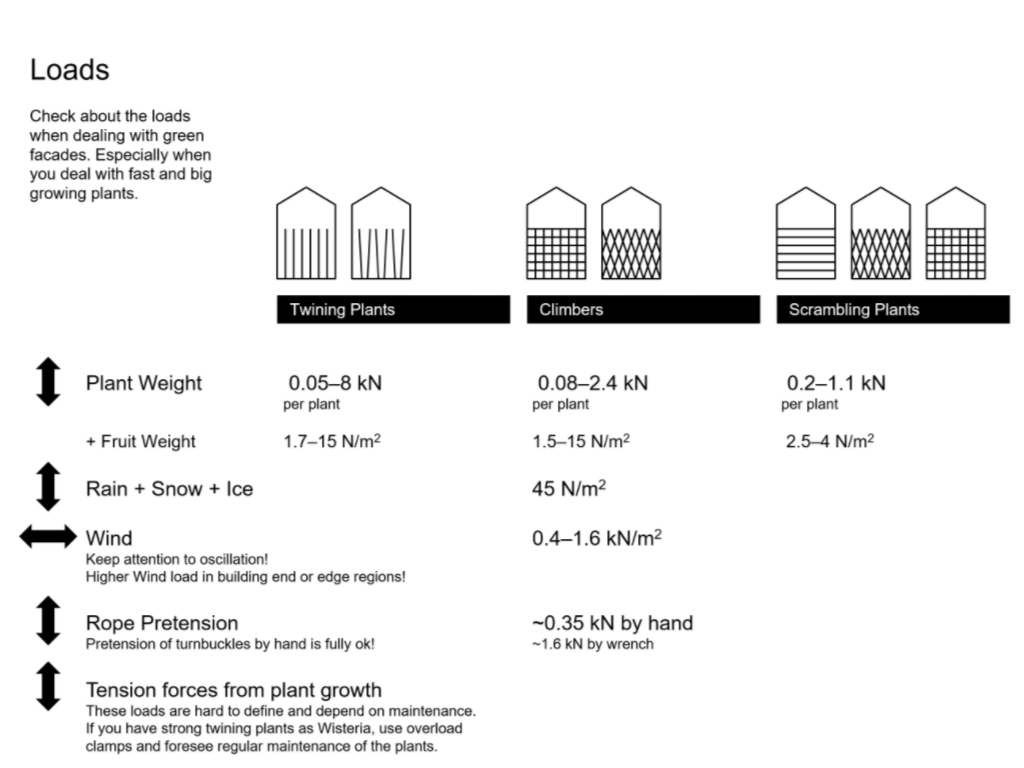 The importance of precision engineering

Planning, designing and installing a green facade requires a very detailed approach and a long-term focus.

You need to know not only that the facade will survive the elements and last the distance, but also that it will not damage the building in the process.

This makes precision-engineering crucial for the task. An inadequately engineered project could result in failure, while over-engineering adds to costs unnecessarily.

We make a point of accurately and precisely engineering every project that comes our way. If you have a project in mind and would like to know more about these topics, feel free to get in touch for a discussion. 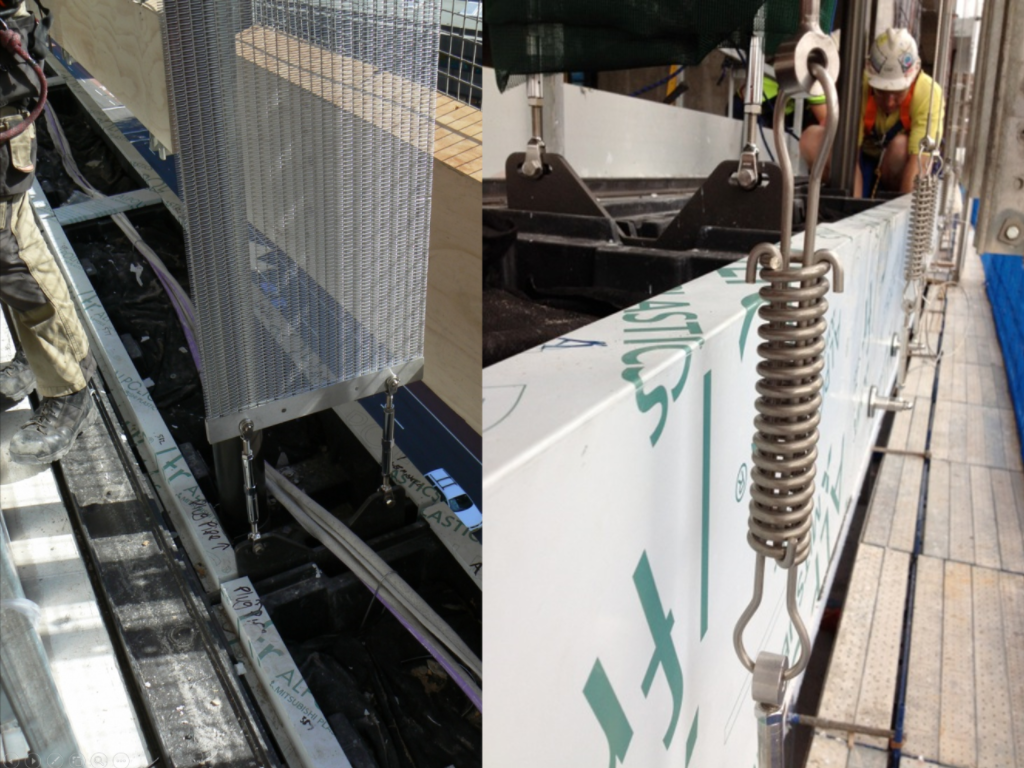