Tensile designed and installed the safety mesh barriers around the perimeter of the new Sky Park in central Melbourne.

The mesh also acts as a trellis support for climbing plants – forming a type of vertical garden or green barrier that provides shade and dappled light.

We think it’s an amazing space to hang out – especially during a hot Melbourne summer!

The aptly named green space is situated 10.5 metres above street level near Melbourne’s Southern Cross station and is accessible from the ground via a lift and stairways.

The park is designed to offer a tranquil, secluded and wind-protected space for city workers and visitors, providing views over the city and Southern Cross’s award-winning wave-patterned rooftop.

Sky Park comprises lawn areas, seating, a perimeter walkway, a vertical garden and even a bookable meeting pod for nearby building occupants.

Aspect Oculus was the landscape architecture for the project, and Lendlease the project developer.

The park also forms a central part of Lendlease’s Melbourne Quarter development. Lendlease describes Melbourne Quarter as a ‘thriving urban neighbourhood’ encompassing, among other things, evocative art and green public spaces with many layers of discovery.

Sustainability is also at the heart of Melbourne Quarter’s architectural and public space projects. The development has been awarded the highest sustainability rating of 6 Stars for Green Communities.

Our brief for the project

Tensile’s role was to design, engineer, supply and install the mesh barriers around the park’s edge. The barriers needed to meet building codes for fall protection while simultaneously acting as a trellis support for climbing plants, such as Japanese wisteria and bower vine.

For this installation, we used 50mm Webnet made from 2mm stainless steel wire. The barriers are rated C5-rated for crowd loads under AS1170.

The green barriers highlight the versatility of Webnet mesh as a material. Webnet is ideal for this type of project in that it balances both safety and transparency. And with a 90% open area, the mesh provides the perfect substrate for the plants while allowing for views over the city – a crucial aspect of the project. The barrier is virtually maintenance-free and should last two decades or more.

Besides looking great, green barriers such as those at Sky Park can contribute towards reduction of pollution and noise, making them an ideal solution for busy urban environments.

Along with the various climbing plants, the park plantings include dwarf lemon-scented gum trees, and native shrubs and groundcovers such as wattle, banksia, and native frangipani. The already-lush space will no doubt become more so as the climbing and other plants grow and the mesh fades into the background – as it was designed to do.

We are proud to have contributed to this project and look forward to seeing the space change and thrive, and to see further aspects of the Melbourne Quarter development come to life! 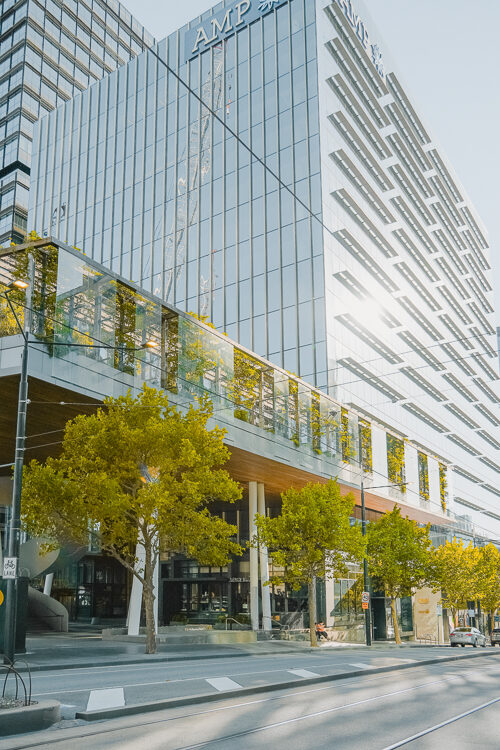 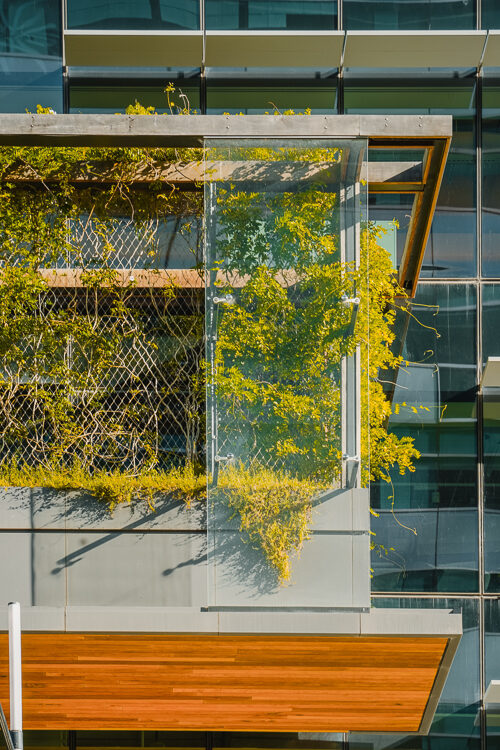 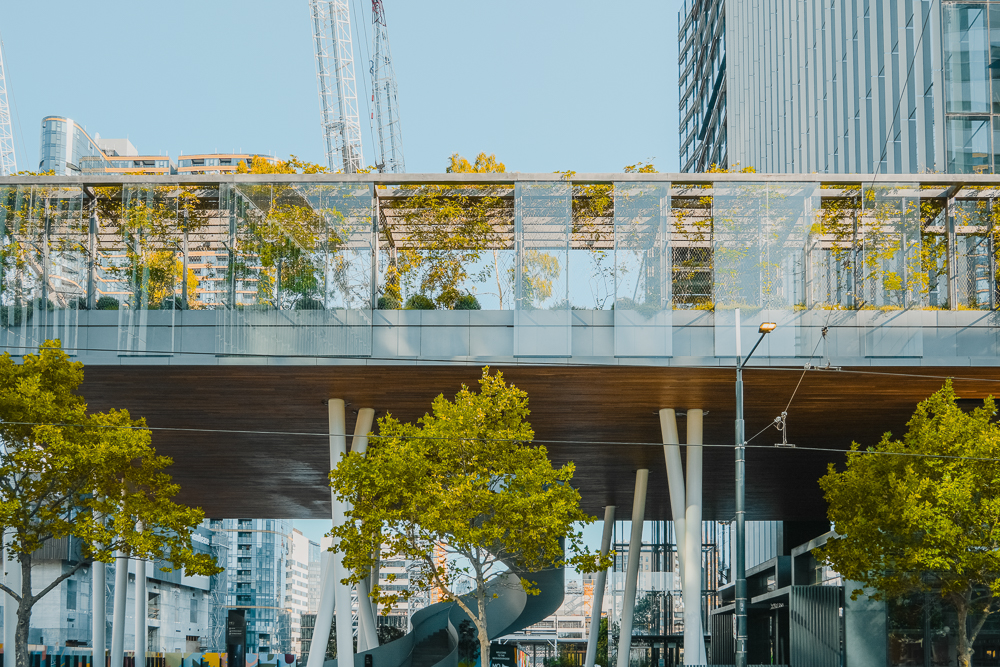 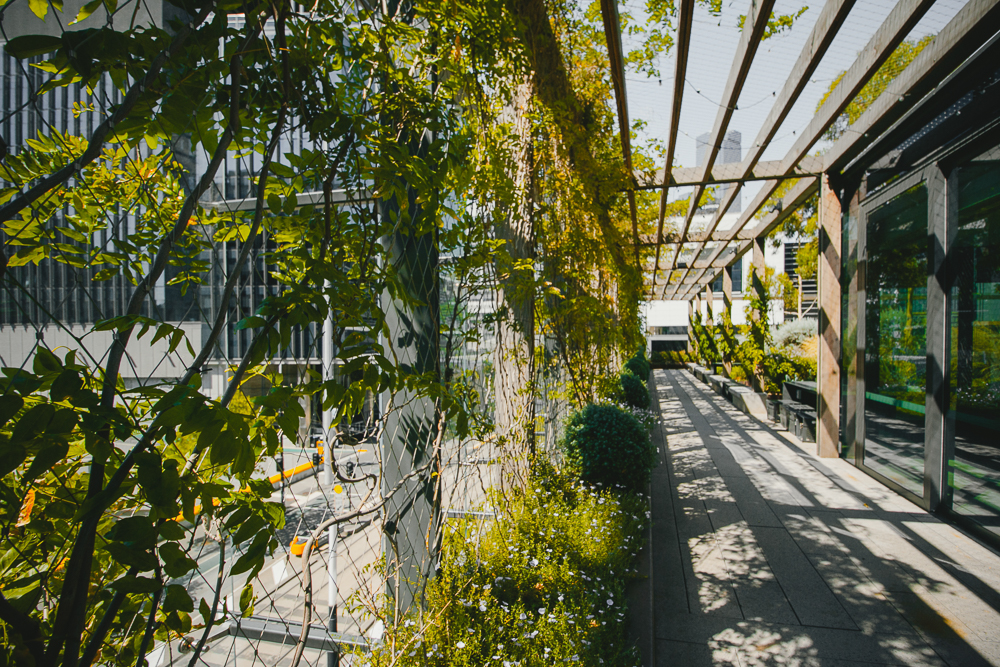 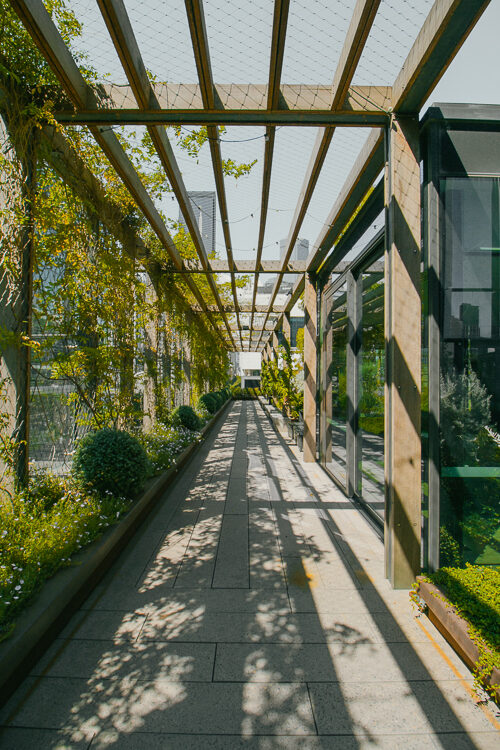 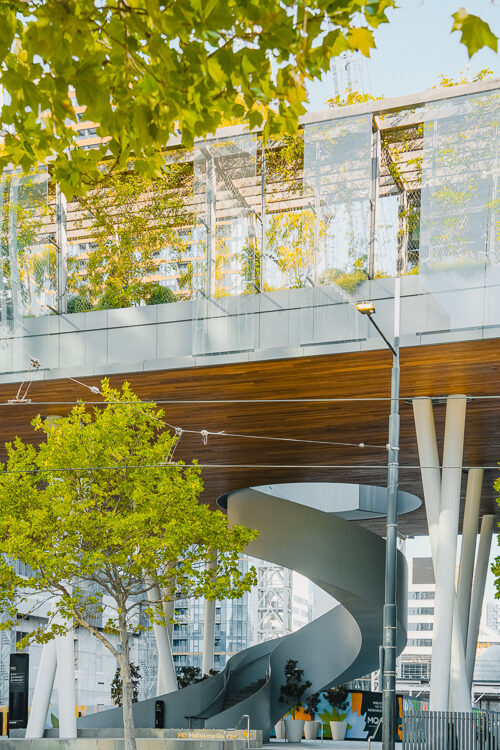 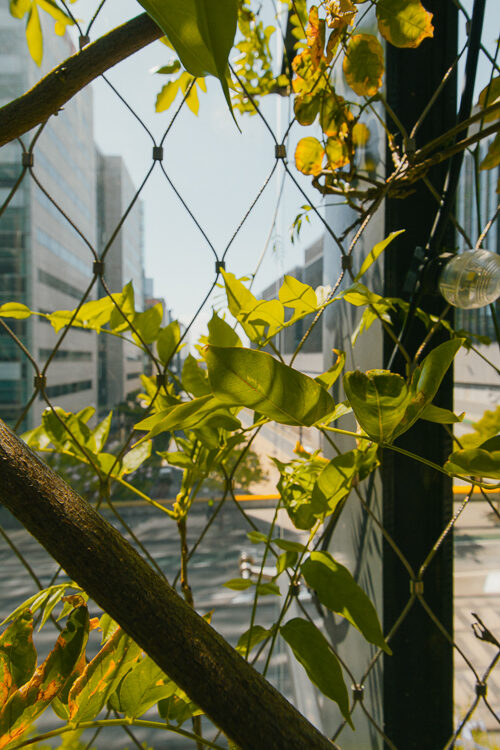 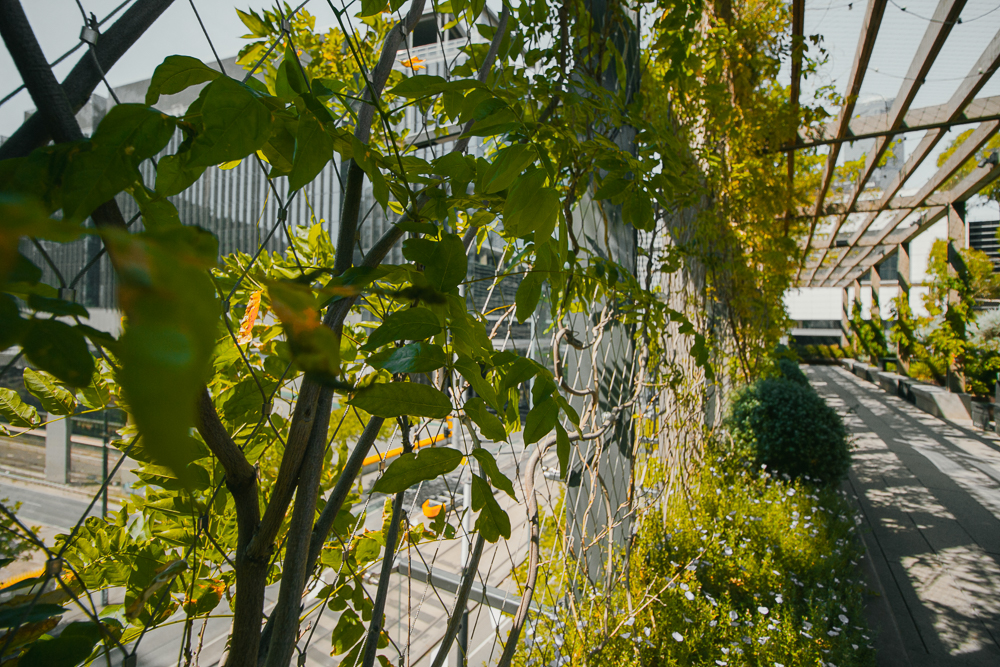 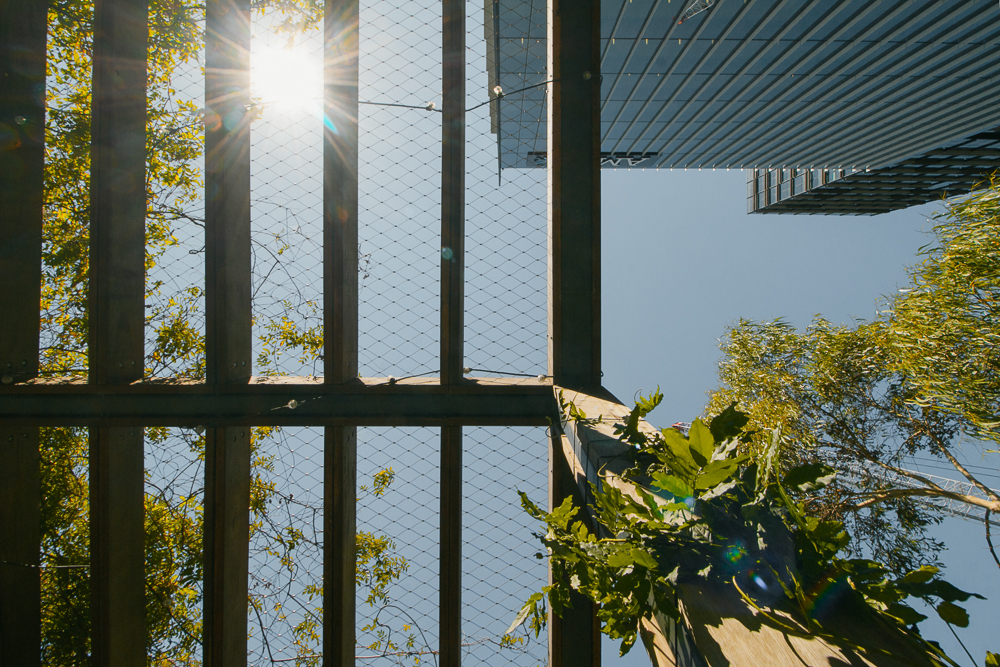 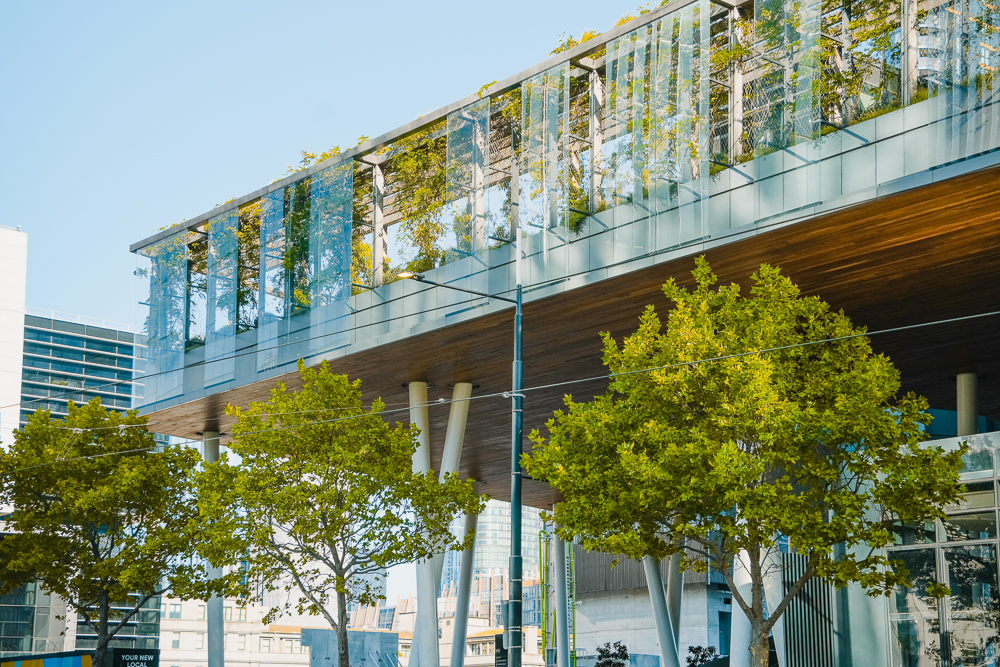 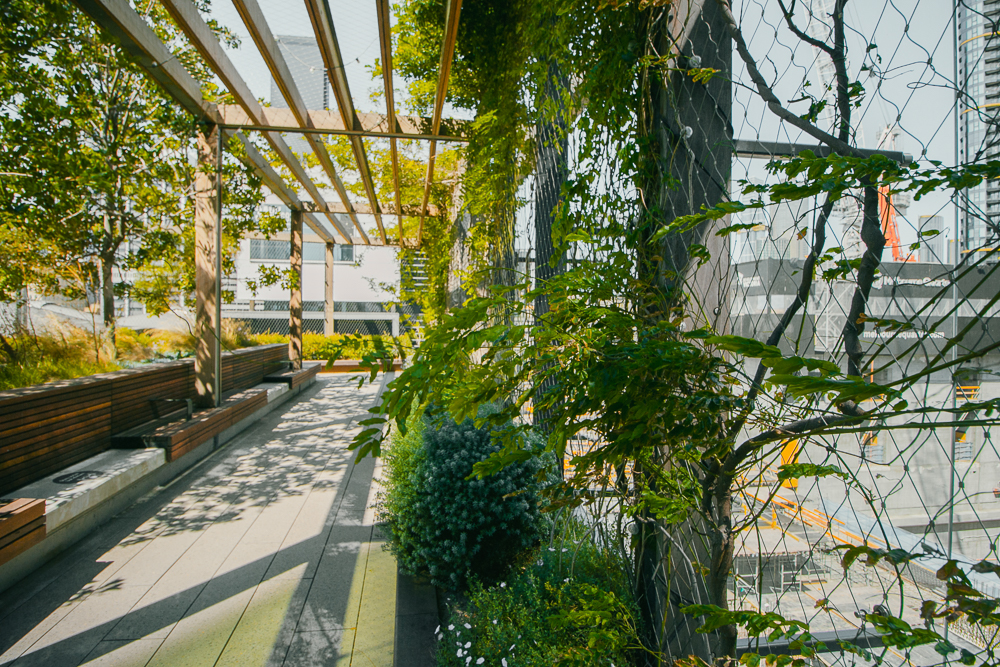 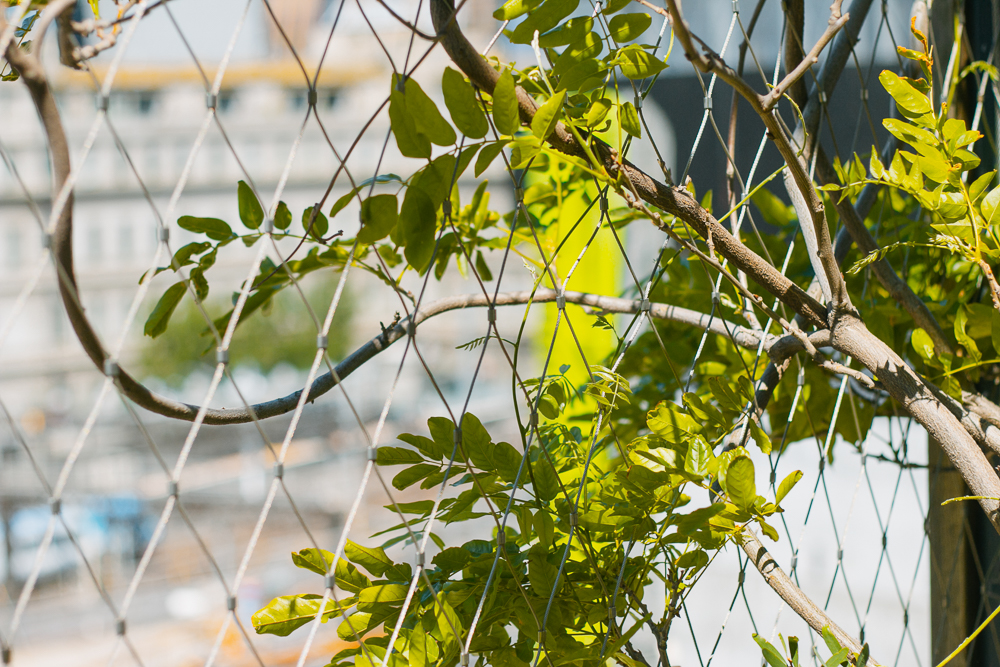 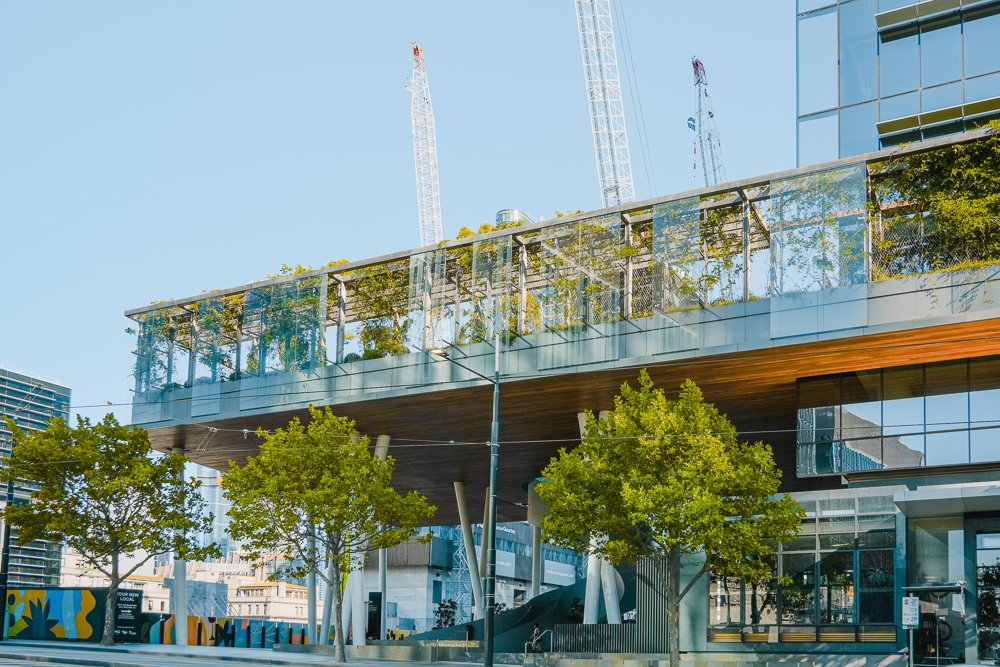 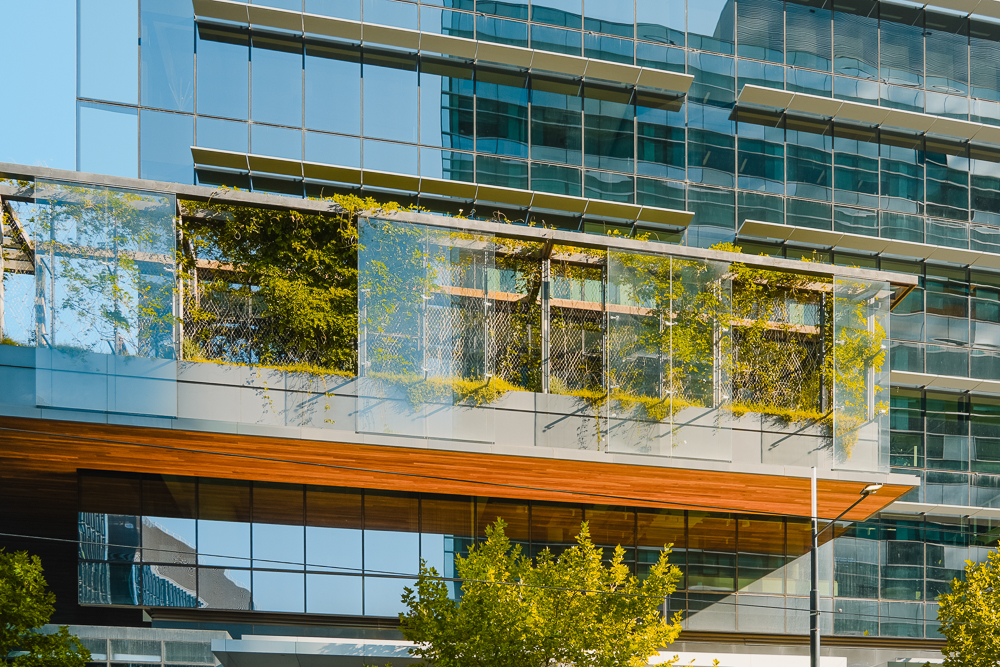 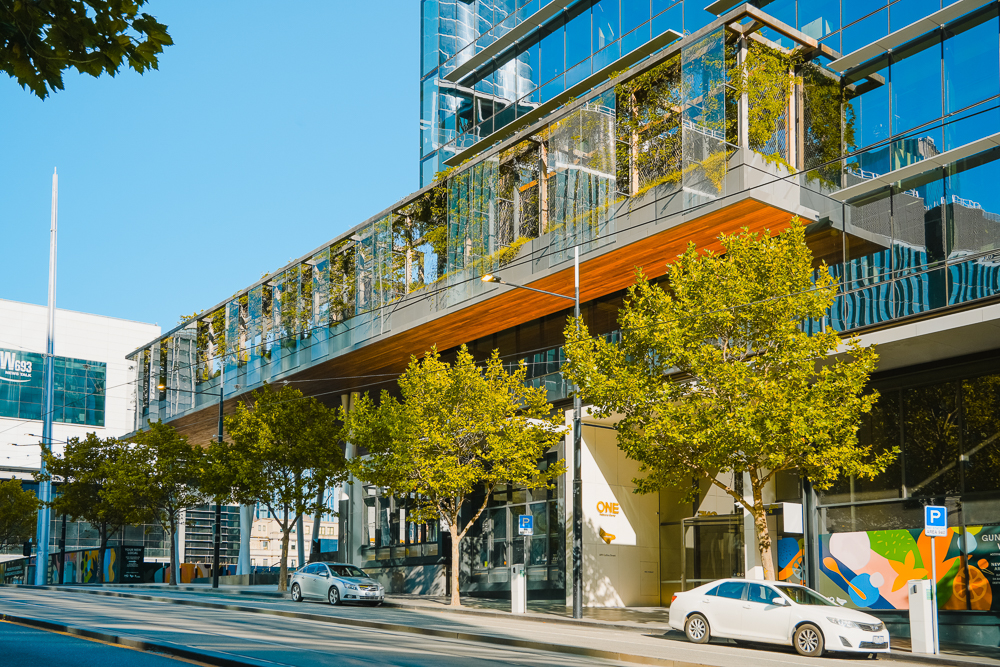