The design of any commercial barrier must consider the impact of forces and load inputs.

There is no ‘one size fits all’ guideline here, and as such Tensile barriers are designed to match the situation, factoring in all known existing and potential loads.

Types of loads for commercial barriers

The loads that impact barriers include dead loads, live loads and transient loads.

Loads can be static or dynamic. Static loads remain the same over time or that vary very slowly – such as the weight and mass of the structure and the pre-tensioning of cables and Webnet mesh.

Dynamic and living loads however change in various ways. This includes pulsating loads that vary in time but not in direction, and alternating loads (e.g. vibration) that can change in both time and direction and in turn exert a lot of pressure on the barrier material.

Another type of dynamic load is the impact of crashing or falling objects on the barrier. This could also include animals – such as in the case of the Taronga Zoo enclosure barrier where we had to take the force of a charging lion into account!

The forces on a barrier can occur in a range of directions – including horizontal, vertical, inwards, outwards, downwards, or a combination of two or more of these. The result of this is that the barrier can be impacted on its surface or on specific lines or points of the material, depending on the situation.

Who determines these load inputs?

Live loads (e.g. crowd loads on a footbridge) must comply with Australian Standard 1170. For example, barrier tension guidelines under the standard regarding “areas where people may congregate” cover the following:

C5 – areas subject to overcrowding, which may include shopping centres, footbridges, and schools. The barriers at Inner Sydney High School for example were designed for C5 loading. 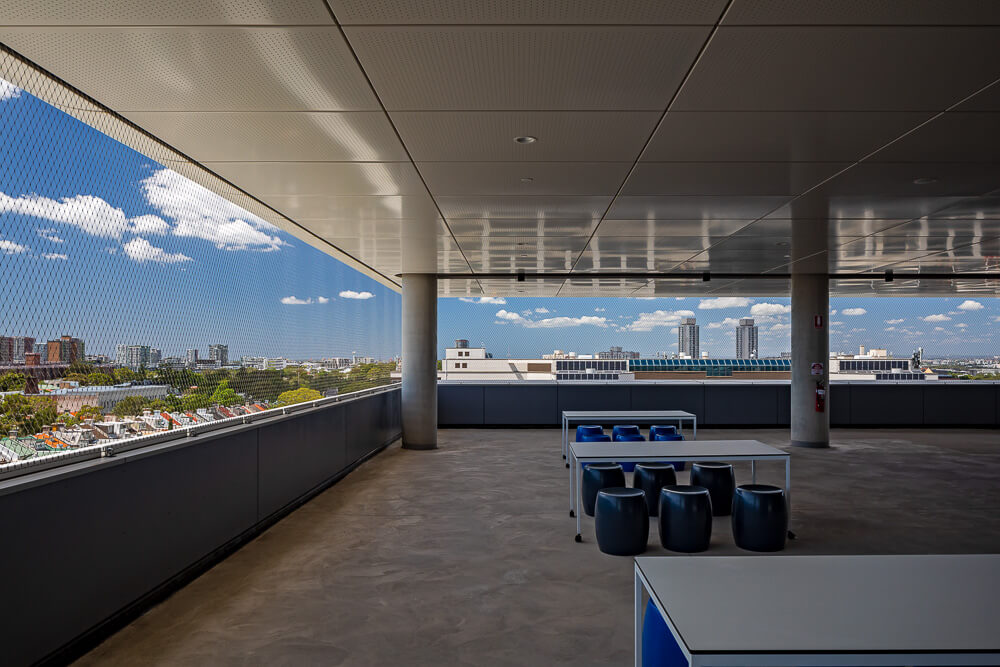 For wind loads, the standards are set by the National Construction Code (NCC), taking zoning into account. For example, to prevent collapse of the barrier, there will be tighter requirements for high wind areas than other regions.

Barrier construction parameters may also be set by local authorities – an example being state government road and transport bodies in the case of footbridge barriers and anti-throw screens.

How Tensile takes the whole barrier situation into account

While it’s easy to say that a barrier must comply with this or that code, it’s not enough on its own as every situation is unique. This is why when it comes to designing and engineering commercial barriers, Tensile provides a complete solution as opposed to focussing on single products or elements.

To find out more on designing and engineering for commercial barriers or to discuss your project idea, please get in contact with our team. 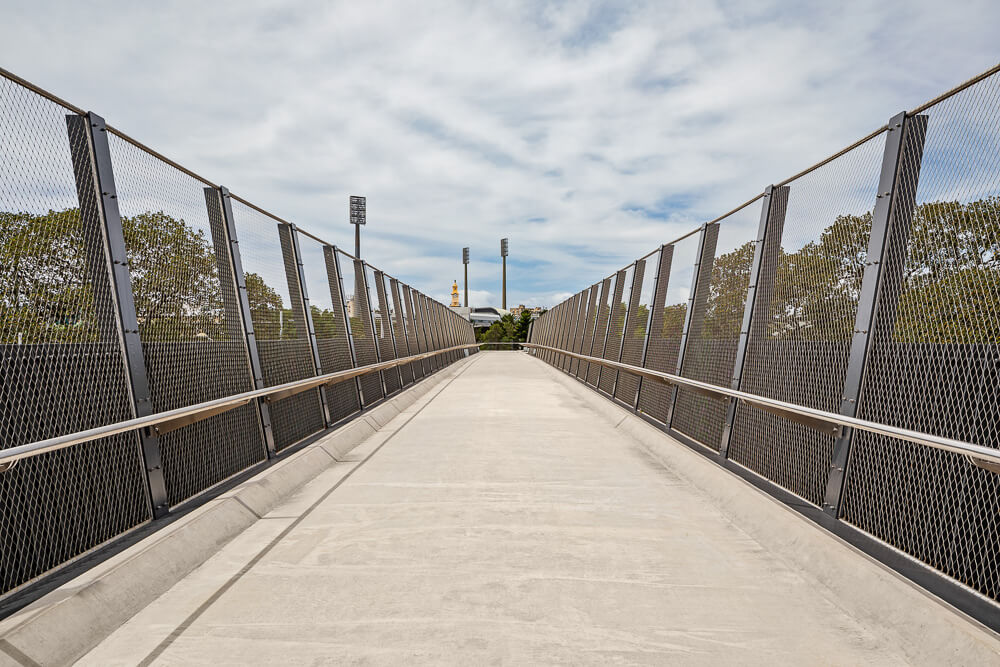 8 Benefits of Designing with Tensile Barriers